An interesting item was found on Wednesday, September 4, by employees at the Hartland Regional Landfill facility in Saanich, BC.

Shortly after 11 am, an employee contacted Saanich Police to report that another employee had located what appeared to be some kind of hand held missile launcher in one of the garbage bins at the site.

The weapon was removed from the bin and police were contacted. The caller reported that the weapon appeared to have been de-commissioned, as it had been marked with the word “INERT”.

This item likely came from someone’s private collection and is nothing more than memorabilia or a souvenir. It is estimated that the age of when this weapon would have been manufactured is the 1960’s or 70’s.

“The appearance of this item is quite aggressive and could clearly cause someone concern if they were to observe another person carrying it” Sgt. Steve Eassie said. 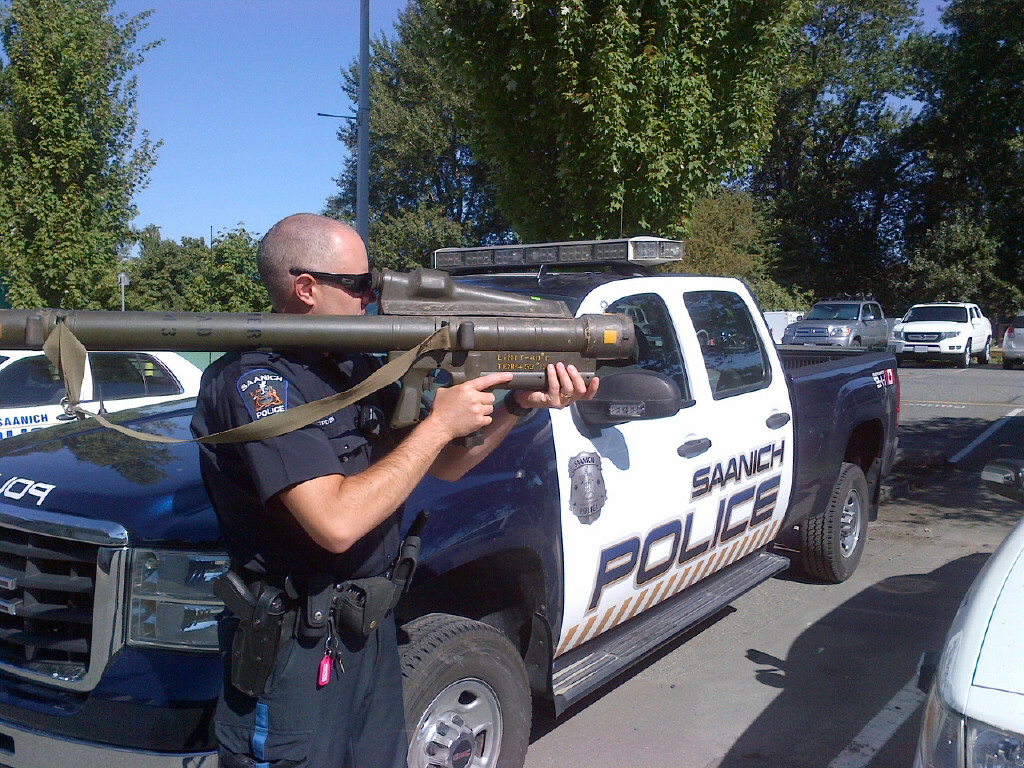 It is not illegal to possess this souvenir, however, discarding of this type of equipment in this manner can cause others to have unwarranted concern. Should anyone find items such as this in a collection, or have one in their own collection that they no longer wish to have, they would be asked to contact the police department from their jurisdiction so that the item could be destroyed in an appropriate manner.