Today, all across Canada, Police and Peace Officers from across Canada and the United States attended ceremonies to remember those that have paid the ultimate sacrifice, and died in the line of duty while serving as protectors of the peace in Canada.

Since 1998, the last Sunday in September has been proclaimed to be the Police and Peace Officers National Memorial Day.  This National Memorial Day allows colleagues, family members, and the citizens of Canada to come together to express appreciation to the fallen officers for their dedication and committment to keeping the citizens of Canada safe.

This year, two officers from the Saanich Police Department attended to the National Memorial ceremony held in Ottawa, Ontario.

The ceremony is held on the lawn of the National Legislative buildings, very close to the official site of the Canadian Police and Peace Officer Memorial Pavillion.  The Pavillion is set near one of the perimiter walls on Parliament Hill, overlooking the Ottawa River and the Supreme Court of Canada.  The Honour Roll lists the names of all of the men and women of law enforcement that have paid the ultimate sacrifice.

In addition to the National ceremony, for the last 17 years, British Columbia has held a ceremony to recognize officers from the Province of BC, as well as those from across Canada.

This years event was held in Abbostford, BC, and was co-hosted by the Abbostford Police Department and Langley RCMP Detachment.  The memorial took place at Rotary Stadium and was well attended.

Sixteen members from the Saanich Police Department, both regular and Reserve officers, attended to this ceremony.

The Saanich Police Department has one name on the National Honour Roll and recognizes the sacrifice of Constable Robert Norman Barry KIRBY.  Constable KIRBY was shot and killed by a male that had escaped from the Provincial Mental Home on Wilkinson Road (now the site of Wilkinson Road Jail), on Sunday, April 24, 1960, survived by his wife and three children.

We shall never forget.  Our heroes live on through our memories. 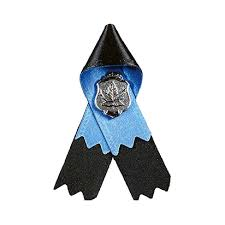