The Saanich Police Street Crime Unit have arrested a 39 year old Saanich man for drug trafficking. The man, who is known to police for previous drug offences, was the subject of an investigation that started in late July when police observed him acting suspiciously. On July 31st, officers had gathered enough evidence to arrest him and did so during a traffic stop on Blenkinsop Road.

With the man in custody, officers then obtained a search warrant for his residence in the 1600 block of San Juan Avenue. During the search of his home, more than $170,000 in cash, half a kilogram of drugs, and two stun batons were located. The drugs, believed to be cocaine, heroin, fentanyl and methamphetamine, have a street value of approximately $81,000.

The man has since been released from custody and police will be recommended several charges including 3 counts of drug trafficking and 2 counts of possession of a weapon for a dangerous purpose. 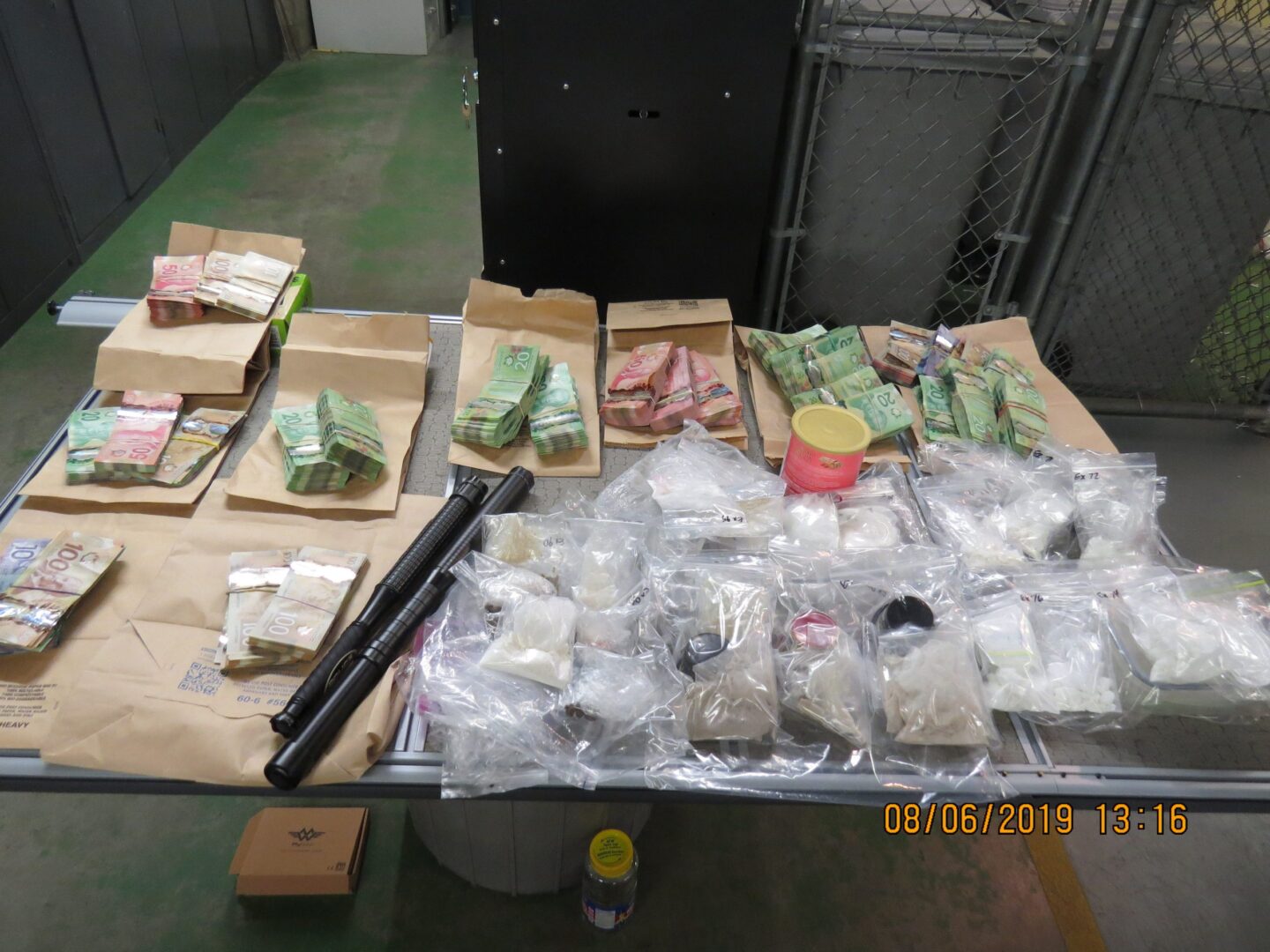