Over the last few days, police have received several reports of counterfeit $100 Canadian bills being passed in stores. The suspect or suspects are making small value purchases and paying with a $100 bill. The bills are counterfeit but are convincing enough at first glance, that merchants are accepting them as tender. The suspect gets change back and leaves with legitimate money and the purchase. It is only after the suspect is gone that the merchant realizes the bank note is a fake.

The picture below is of one of the fake bills where the transparent areas have been cut out of legitimate bills of lesser value, and then taped or glued into a forged bill:

Below is a close up of the vertical transparent panel that clearly shows the number 10 repeated throughout. If it was a legitimate $100 bill, that number would be 100: 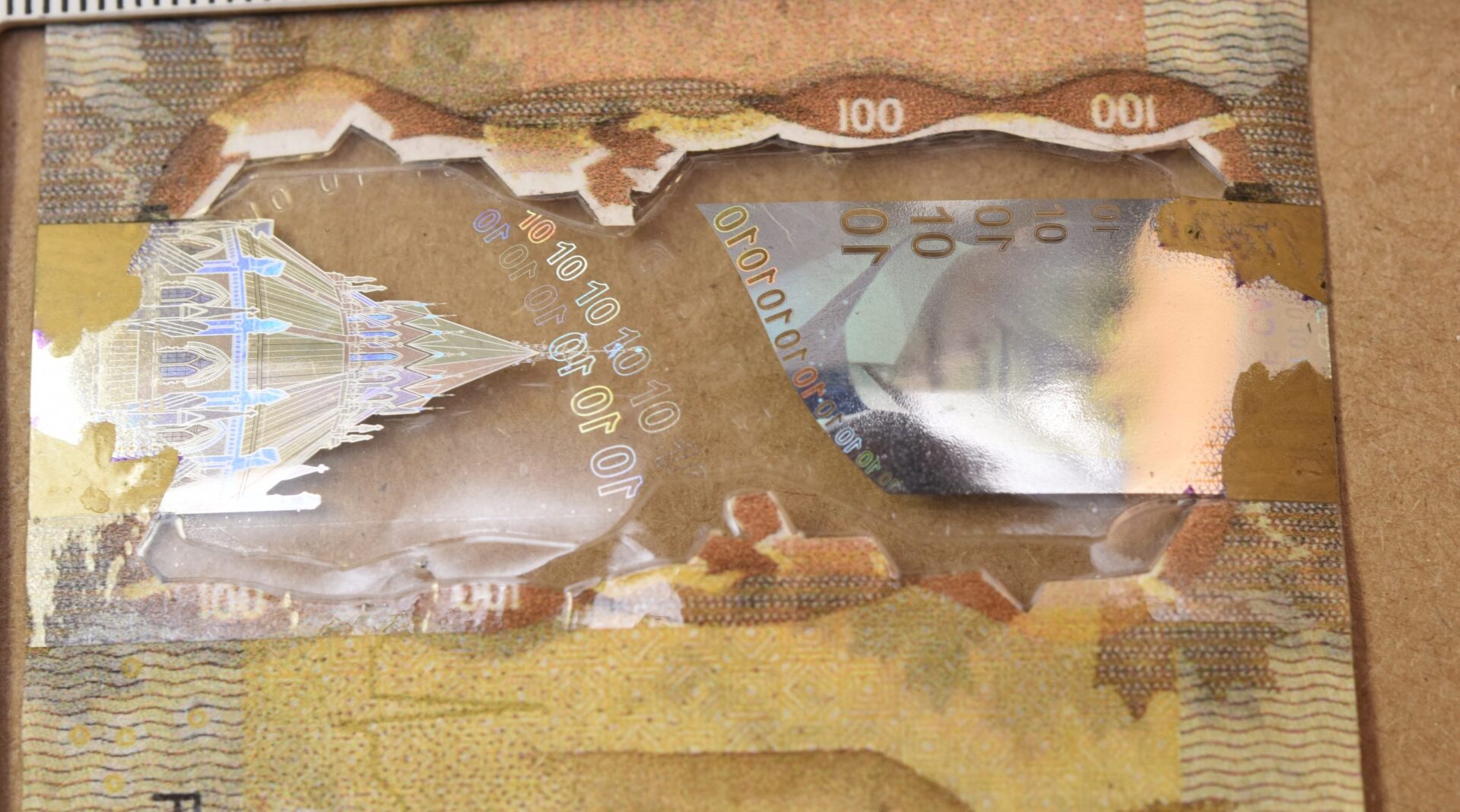 And you can see the transparent maple leaf has clearly been cut out and adhered to the bill: 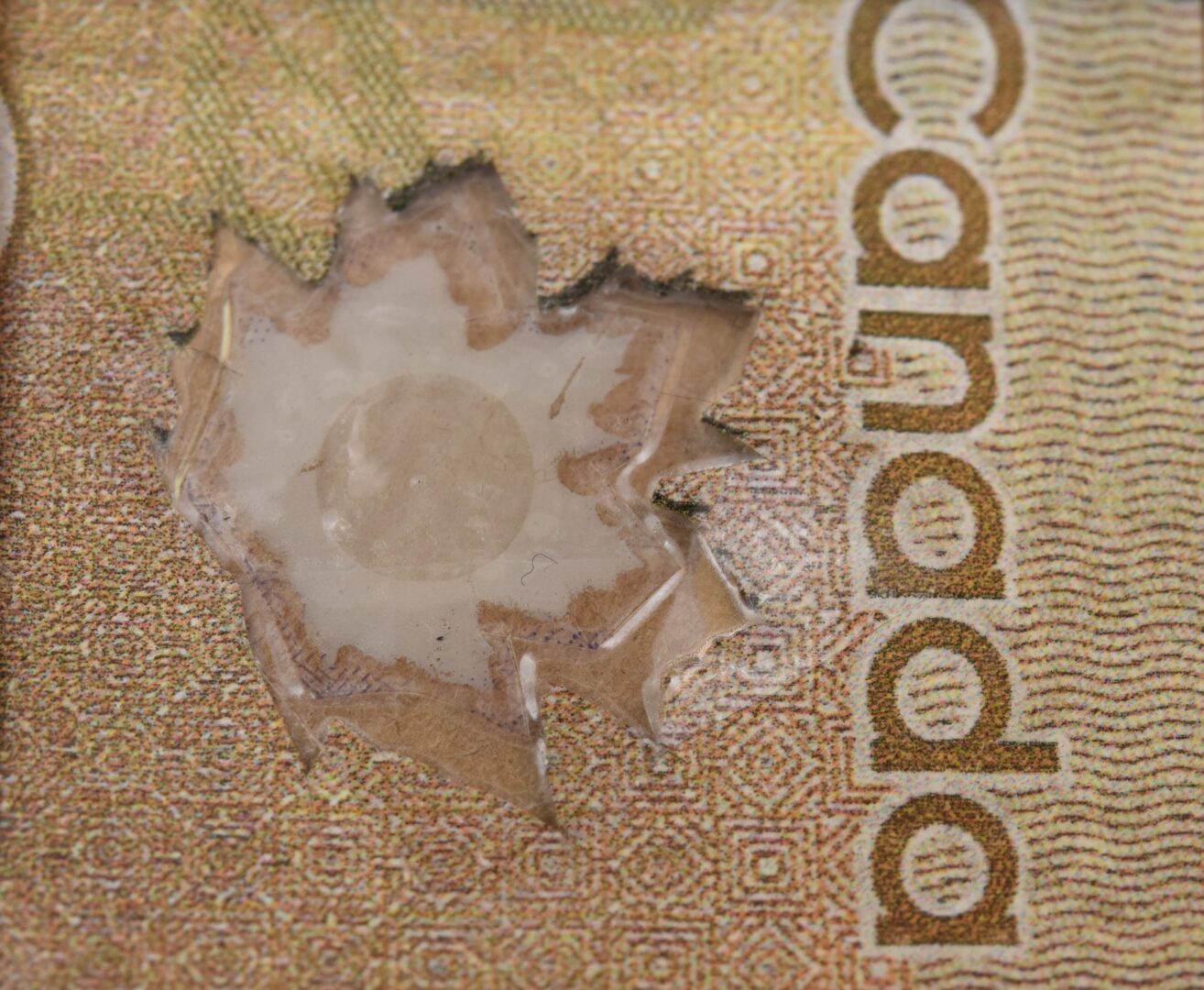 The Bank of Canada provides excellent information on the various security features included on all bank notes. Follow this link to learn more about it:

And if you do receive one of these counterfeit bills, put it into an envelope and call police.