The Saanich Police have arrested a 44 year-old Saanich man for drug trafficking, which later resulted in a search warrant on a home last week.

On Thursday December 12, 2019 officers of the Saanich Police Street Crime Unit gathered enough information to confirm this man was believed to be trafficking drugs, and formed a plan to arrest him that day. With the assistance of the Greater Victoria Emergency Response Unit and the Victoria Police a traffic stop was made in the 600 block of Esquimalt Road in Esquimalt. Police located drugs, cash and multiple cell phones. The drugs were individually packaged and ready for sale on the street.

A search warrant was then executed on a home in the 4000 block of Cavallin Court in Saanich. Large quantities of drugs were seized, as well as weapons, cash and stolen property.

In total, over 3 kilograms of drugs with a street value estimated at $350,000, over $40,000 in cash, and approximately $25,000 in stolen property were located and seized by police. The drugs are believed to be cocaine, heroin, fentanyl, and crystal methamphetamine. The weapons included batons and two replica firearms. A 2019 Jeep Cherokee was seized and will be recommended for forfeiture.

“These are large quantities of drugs that were destined for the streets of Greater Victoria.” said Cst. Markus Anastasiades. “As we know, these types of drugs have been responsible for an epidemic of overdose deaths in the region, and we can only hope that this significant drug seizure will help save some lives.”

Jason Van Winkle appeared in Victoria Provincial Court on Friday, where he was charged with three counts of Possession for the Purpose of Trafficking and also for Failing to Comply with Conditions of a Recognizance. Van Winkle is well-known to police and has an extensive history of drug trafficking and other related offences. He is set to appear again in Court later this week. 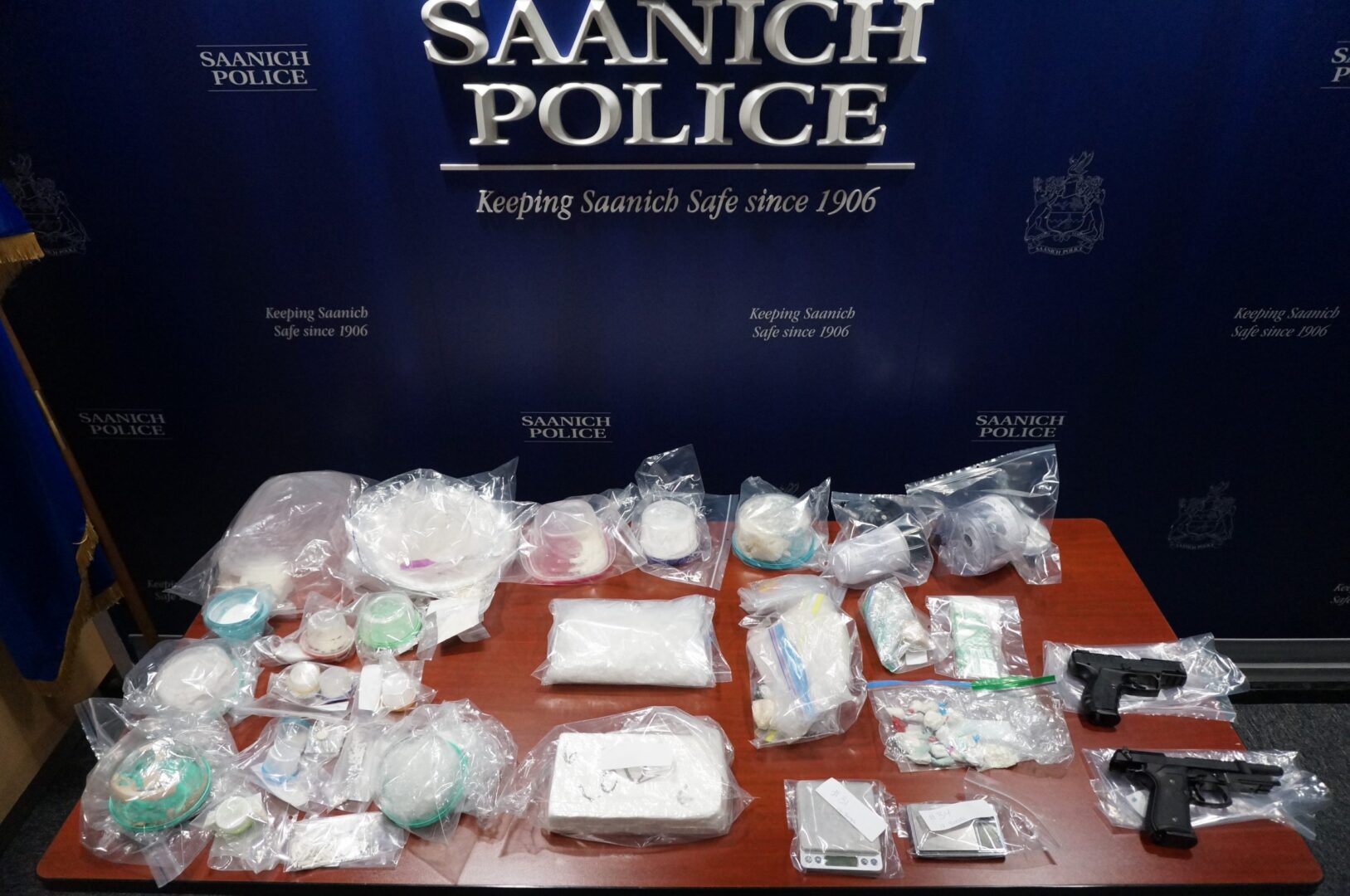