On Thursday January 30, 2020 at 1:15 pm Saanich Police were called to James Houlihan Park off Ferndale Road as witnesses had observed an SUV doing doughnuts in the field. The SUV then got stuck in the mud and the three occupants were seen leaving abandoning the vehicle and leaving the area on foot. A witness was able to provide an excellent description of all three suspects.

Police officers attended the area and were able to locate and arrest all three occupants walking nearby. The 1990 Toyota 4Runner turned out to be stolen from Victoria and was reported as such this morning by its owner.

The driver of the vehicle caused approximately $2,000 in damage to the field and has been towed from the scene. All three, two men and a woman, are facing charges of Mischief Under $5,000 and Possession of Stolen Property Under $5,000.

Saanich Police will work with the Victoria Police to fully investigate the circumstances surrounding the theft of this vehicle.

“We don’t know at this point why they decided to drive into the field, but the actions they took were certainly very foolish and reckless nature. We would like to thank the witnesses who provided detailed information that helped us locate the individuals responsible.” 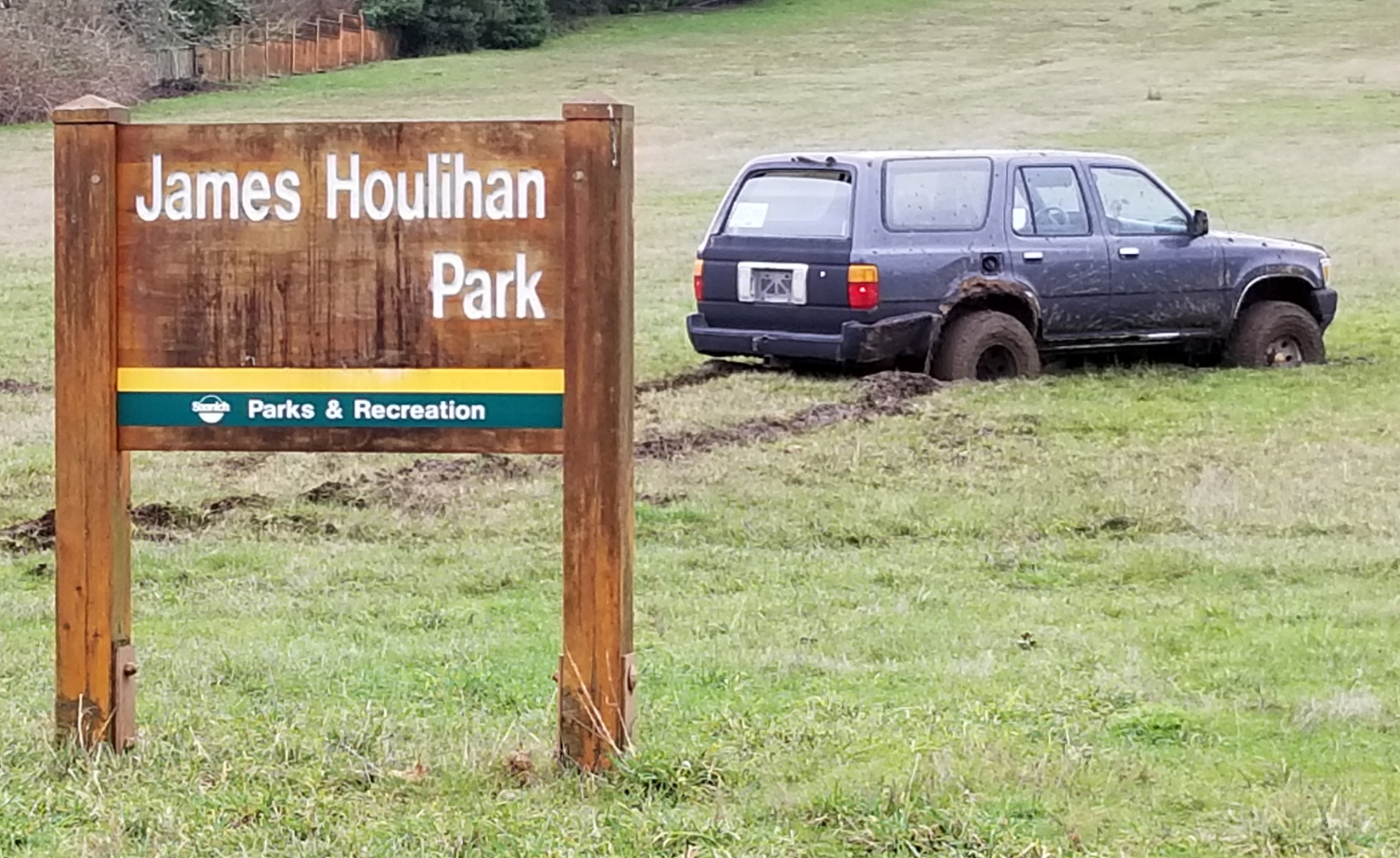