An increase in property crime over the last two months led Saanich Police to a home in the 900 block of Cloverdale Avenue, where they located drugs, weapons and over $25,000 in stolen property.

On Thursday May 7, 2020 officers from the Saanich Police Street Crime Unit, with the assistance of the Greater Victoria Emergency Response Team, executed a search warrant on the home and took three people into custody.

The stolen property included items such as a motorcycle, bicycles, and power tools that were all connected to break and enters and theft from vehicles across Greater Victoria.  Officers have already contacted most of the owners of the stolen property and are in the process of returning the recovered items.

During their investigation officers witnessed drug trafficking behavior coming and going from the home and to areas in Greater Victoria, including the encampment at Topaz Park and along the 900 block of Pandora Avenue.

Charges have not yet been sworn on any of the persons involved, as the investigation is on-going.

“We are extremely pleased to be able to return the stolen property to their lawful owners,” said Cst. Markus Anastasiades. “In addition to the stolen property and drugs found in the home, the sheer volume of weapons found inside was also concerning. The items included replica firearms, a compound bow, and over 20 edge weapons such as hatchets and homemade blades.” 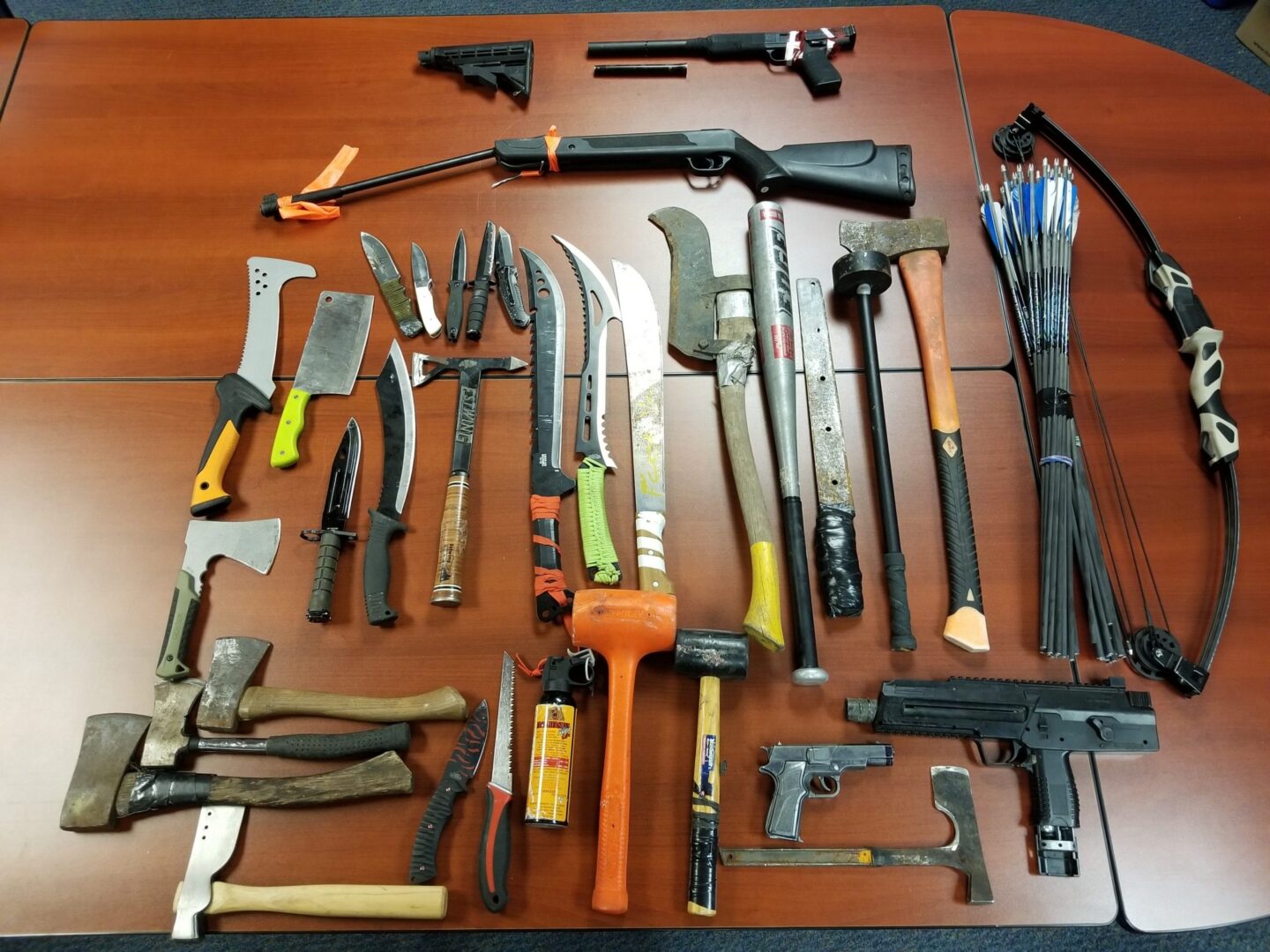