A month’s long investigation by the Saanich Police Street Crime Unit resulted in the arrest of two men and the seizure of a loaded gun and drugs from a suite in the 700 block of Travino Lane earlier this morning.

After an increase in property crime was reported to police in that area, investigators were able to gather information that led them to a residence on Travino Lane.

On August 28, 2020 the Greater Victoria Emergency Response Unit were called to assist in arresting two men related to the residence this morning. A search warrant was authorized for the suite, during which several items were located including a loaded 9mm handgun, thousands of dollars in cash, ballistic vest, and drugs believed to be fentanyl and cocaine.

The two men, 34 and 38 are well-known to police and one of them currently remains in custody. No names are being released as charges have not be yet sworn in court.

The Saanich Police are recommending various charges including the unauthorized possession of a restricted firearm, unsafe storage of a firearm, and offences related to drug trafficking.

“Drug Experts at our department confirm that this purple fentanyl is traditionally found to be an extremely potent illicit drug. As we know, fentanyl has been linked to the drug overdose crisis in BC so being able to remove this as well as the firearm from the street is a huge success.” 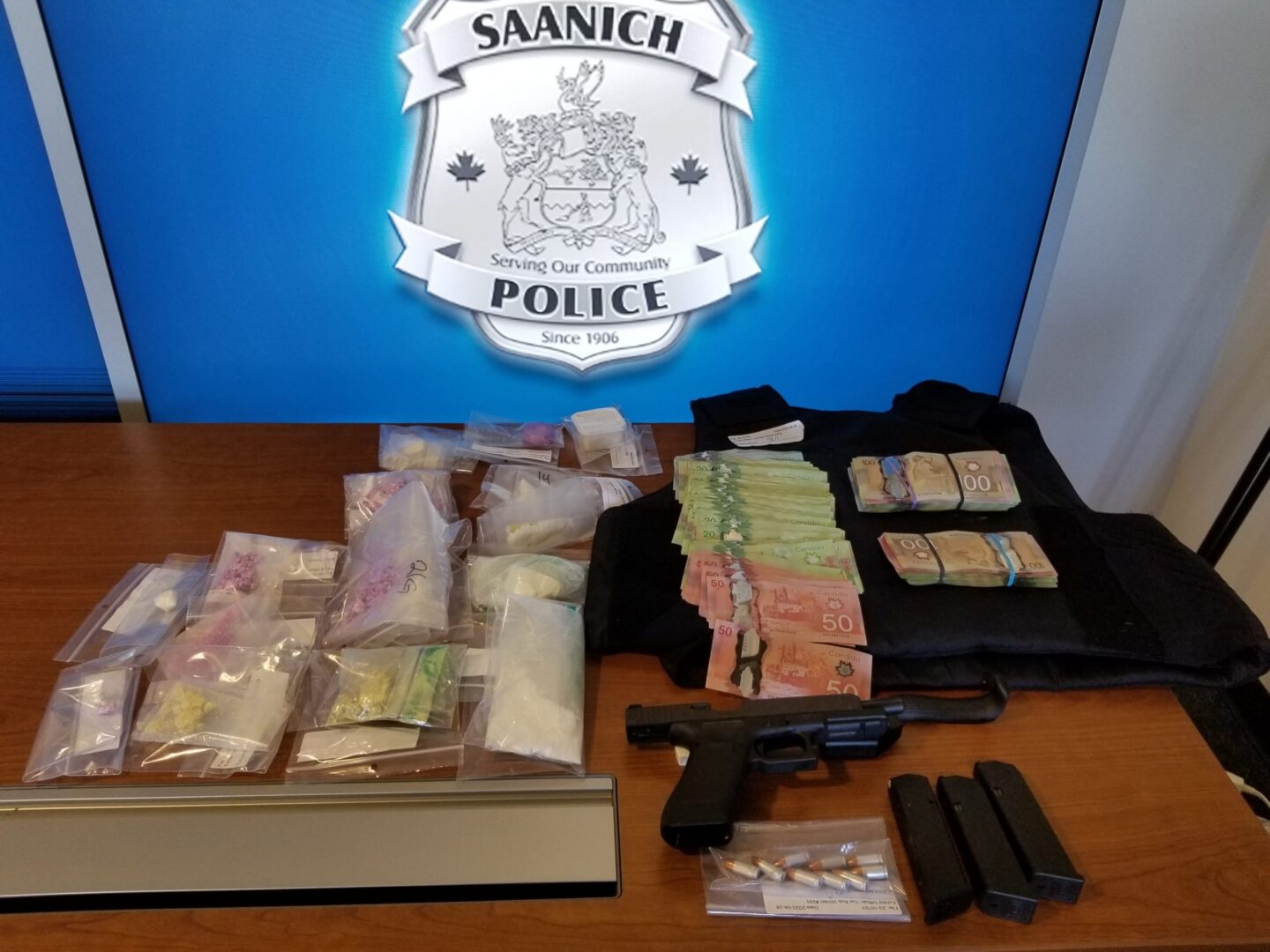