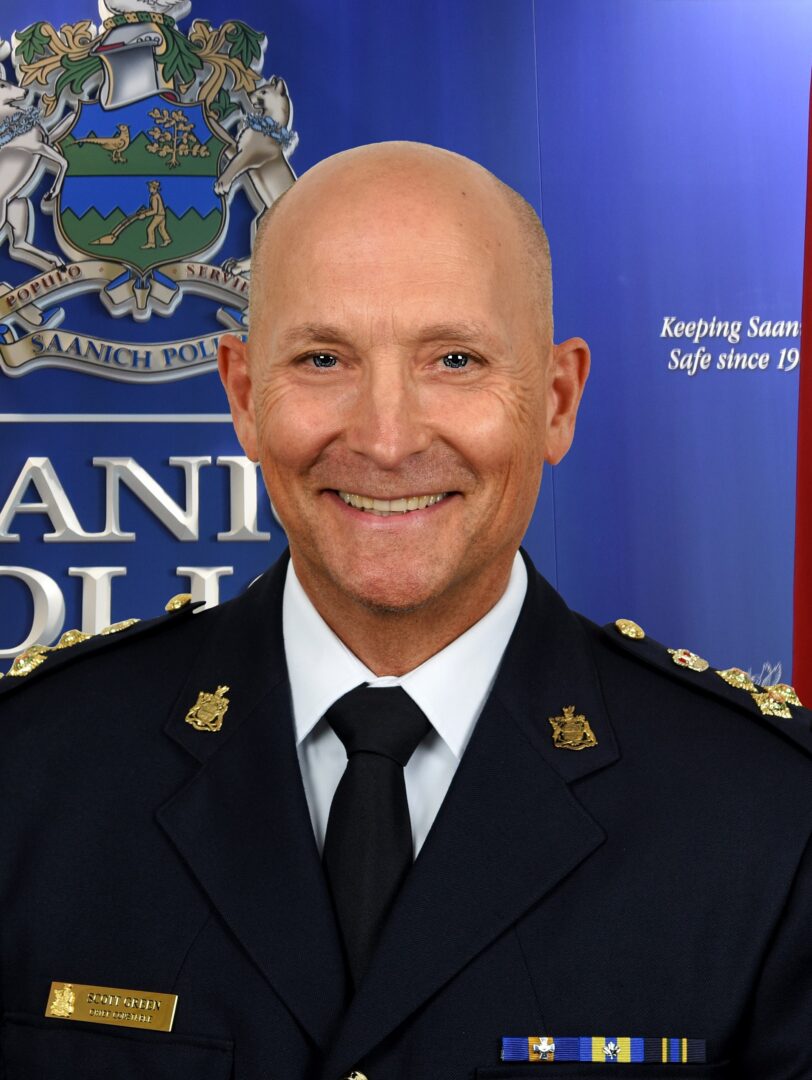 Chief Green is a vocal advocate for the prevention of gender based violence and believes strongly in our Mission to provide quality police service by working with the community to keep Saanich safe. Two of his many goals as Chief is to be an employer of choice and a service provider of choice; both of which he believes are equally important.

Chief Green was invested by the Governor General of Canada, as a member, into The Order of Merit of the Police Forces in 2018.  He holds a Bachelor of Arts Degree (Double Major), a Masters in Public Administration, and a Masters Certificate in Project Management; all from the University of Victoria.

“I am both honoured and humbled to be appointed the 17th Chief Constable of the Saanich Police Department, and will work hard to continue our legacy of Keeping Saanich Safe;                    a legacy that dates back to our humble beginnings in 1906.”