An unknown male entered the 7-11 convenience store in the early morning hours Monday and demanded money after producing a knife.

At approximately 12:25 am, a male entered the store located at Carey Road and Tillicum Road and demanded cash from the staff.  The unknown male produced a knife, was provided a quantity of cash, and then fled the store on foot across Tillicum towards Whiteside Street.

The male was described as Caucasian with a dark or tanned complexion, approximately 5’6″ to 6’0″ tall, and of average build.  At the time of the robbery, the male was wearing a white coloured hooded sweatshirt with the hood over his head.  The drawstrings were pulled tight pulling the hood of the sweatshirt around his face.  A dark colored camouflage jacket was worn over the hooded sweatshirt.  The male was also wearing dark coloured pants and white running shoes.

The knife produced in this incident was described as having a black handle with a gold coloured end, and having a silver coloured single edged blade.

No staff or other witnesses were injured during this incident.

This is the second incident at this store location in less than three weeks, the last incident occurring in the early morning hours of June 25, 2013.

It is not known if the two incidents are related.  The physical description of the suspects in both incidents are similar, however, there is no direct evidence that suggests that the incidents were committed by the same individual. 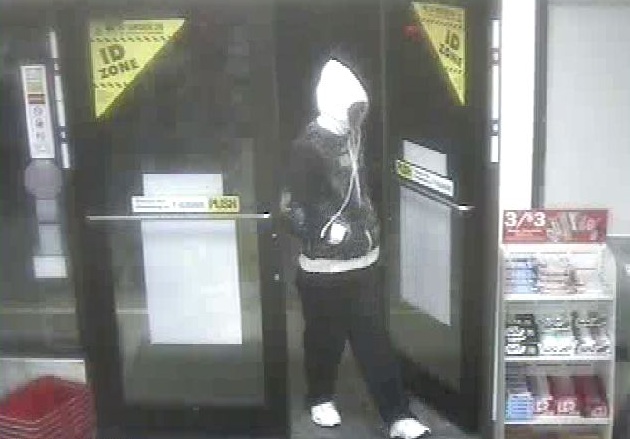 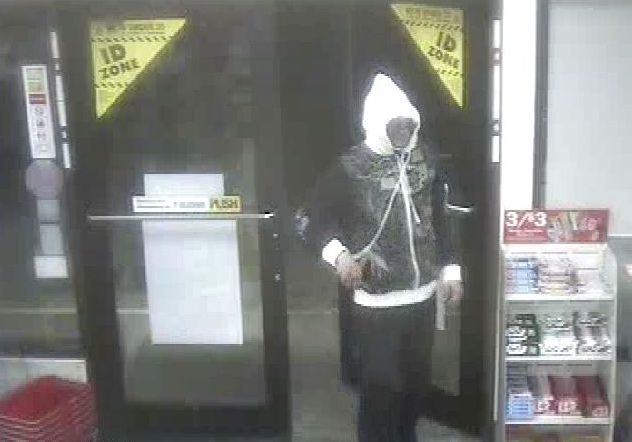